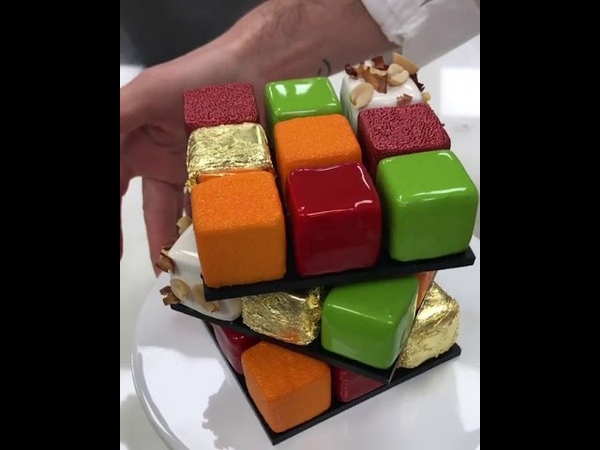 Видео: RUBIK'S CAKES by Pastry Chef Cédric Grolet
Описание: Cédric Grolet Pastry Chef Cédric was born in Firminy a small French village in the Rhône Alps region of the Loire At the age of 30 he is now the head pâtissier at the hotel Le Meurice From a family of restaurateurs he spent family holidays and Christmases at the hotel restaurant his grandparents ran in Andrézieux Bouthéon It was in that kitchen where he began to work at the age of 12 that he came to discover his passion for food It was while picking strawberries one day that he was struck by an e
Длительность: 00:00:17 мин.